GraphQL- a query language for your API

Home / GraphQL- a query language for your API

Over the past decade, REST has become standard among developers for designing web APIs. But recently, REST APIs have shown to be too inflexible to keep up with the rapidly changing requirements of the clients that access them. In this scenario GraphQL,  the recent introduction solves many of the shortcomings and inefficiencies that developers experience when interacting with REST APIs. It can cope with the need for more flexibility and efficiency!

What is GraphQL and Is it a replacement of REST

GraphQL is a query language that was first built and used inside Facebook and later open sourced and released as a specification. But slowly Facebook’s iOS and Android apps started experiencing poor performances and frequent crashes. As part of the various efforts of making this better, led to the project GraphQL, which decoupled the data used by the mobile applications with the server queries they required to fetch. GraphQL provides a complete and understandable description of the data in your API, gives clients the power to ask for exactly what they need and makes it easier to evolve APIs over time, and enables powerful developer tools.

GraphQL is not a replacement for REST, rather it complements well with REST and can be used for specific use cases. In other words, ‘GraphQL is the better REST’. GraphQL simplifies the workflow to build client applications such as iOS, Android, React-Native. Almost every business today is going mobile and is heavily investing in building cross-platform applications. The customer interaction with the product or the service increases significantly if they have the capability to access it via their phones, leading to an increase in their revenue.

“GraphQL treats performance as its top priority while REST is focused on keeping services reliability as their main objective. Even if a REST API returns only a basic partial, it is still transferring more data, while GraphQL is always aiming for the smallest possible request.”

When GraphQL is useful?

GraphQL helps were your client needs a flexible response format to avoid extra queries or massive data transformation with the overhead of keeping them in sync. Using a GraphQL server makes it very easy for a client side developer to change the response format without any change on the backend. With GraphQL, you can describe the required data in a more natural way. It can speed up development, because in application structures like top-down rendering in React, the required data is more like your component structure

Technologies and trends change with a lightning speed, there is no one size fits all when it comes to choosing the API approach. It all depends on your project, your needs, and requirements.What you really need to do is to think ahead, plan your project’s roadmap and forecast the possibility of scaling. If you are anticipating a complex project in future with third-party integration and fetch data from different databases – GraphQL is the best option. 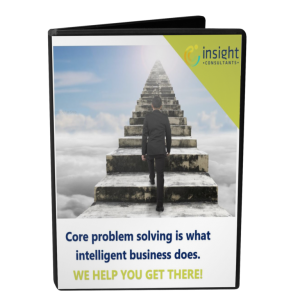